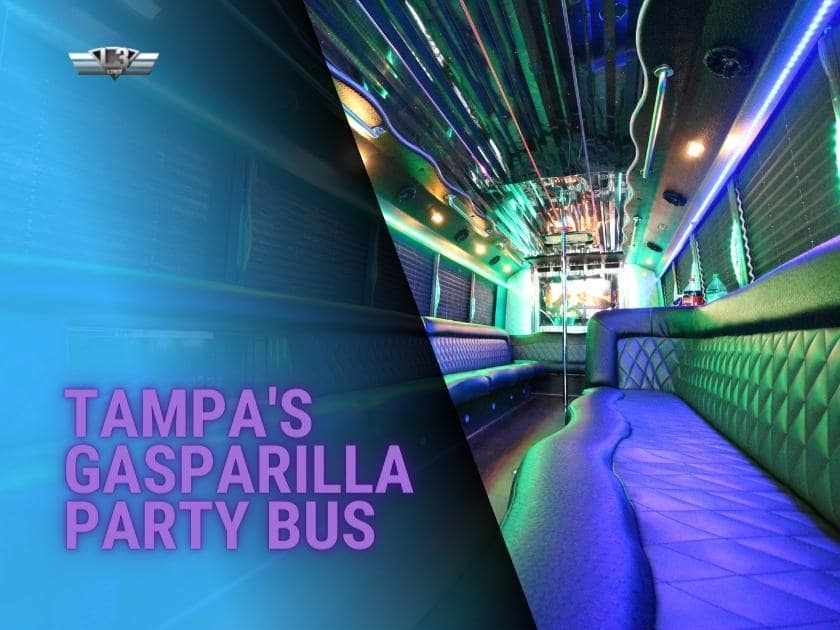 The Gasparilla Pirate Fest is back! So shine your boots, put on your pirate hat, and let's celebrate.

For those who are from out of town, Gasparilla Pirate Fest is an annual event, usually held on the last Saturday of January, in which José Gaspar and his crew of pirates "invade" the city of Tampa.

The parade starts when a flotilla of pleasure boats escorts the Jose Gasparilla, a 165 foot long "pirate" ship, as it sails across Tampa Bay. Once the Jose Gasparilla docks beside the Tampa Convention Center, the captain and his crew disembark and demand that the mayor give up the key to the city. In return, the buccaneers promise that there will be no plundering. Afterward, the pirates hold a victory parade where they walk through the city while throwing beads and tokens to the cheering crowd.

Gasparilla is one of the biggest festivals in the country. You can expect thousands of people, bands, food, and of course, beer!

So if you're planning on heading to Gasparilla this year with your own crew, the best way to do so is on an L3 Limo party bus. With our professional chauffeurs, you can go bar crawling and have fun all night long without worrying about who's driving you home. And you don't even have to wait for the flotilla to start sailing. With a party bus, the party starts once you get on the bus.

No matter the event - Homecoming, Birthdays, Weddings, Quinceañeras, Sporting, Bachelor / Bachelorette -
Your party is sure to be an evening they will NEVER forget!

GET PRICING
All Our Fleet
choose a party bus from our party bus fleet today!

Up to 13 GUESTS
VIRTUAL TOUR

Up to 18 GUESTS
VIRTUAL TOUR

Up to 20 GUESTS
VIRTUAL TOUR

Up to 26 GUESTS
VIRTUAL TOUR

Up to 28 GUESTS
VIRTUAL TOUR

Up to 30 GUESTS
VIRTUAL TOUR

Up to 34 GUESTS
VIRTUAL TOUR

Up to 38 GUESTS
VIRTUAL TOUR

Up to 39 GUESTS
VIRTUAL TOUR

Up to 40 GUESTS
VIRTUAL TOUR

Make the night more memorable!
Take your whole gang with you and arrive at the homecoming in style with a luxury Party Bus

Make your day or your loved one's birthday extra special. We'll take care of you while you have as much fun as you can.

It's the BIG DAY! Celebrate the most important day in your life in sophistication and free from stress.

We keeps a large fleet of luxury vehicles that your daughter will feel like they stepped into a modern-day fairy tale.

Your best friend is going to get married and you're chosen as the best man or maid of honor. Send them off to the married world with a bang!

Transportation to and from a sporting event has just been made easier with a party bus. Our party buses can make your trip more fun and safe.

One of the most important things you need to consider for corporate events is how to get everyone to the venue.

Party buses are becoming a popular mode of transportation nowadays.  It's great for get-togethers as it's cheaper, more convenient, and fun!

L3 Limo is offering round trip transportation from your home to Gasparilla and back. You do the drinking, we do the driving!
Get the party started!
Choose your Party Bus now and experience Tampa like never before.
CALL (813) 699 5777
GET PRICING
CONTACT US
4920 Trenton St. Tampa, FL 33619
(813) 699-5777
sales@l3limo.com
accounting@l3limo.com
NAVIGATION
HomeFAQs
FleetContact
BlogPrivacy Policy
Terms of Service
BlogPrivacy Policy
SOCIALIZE WITH US
Contact us via social networks.
© L3 Limo  2020 - All Rights Reserved
GET PRICING
tell us about your party