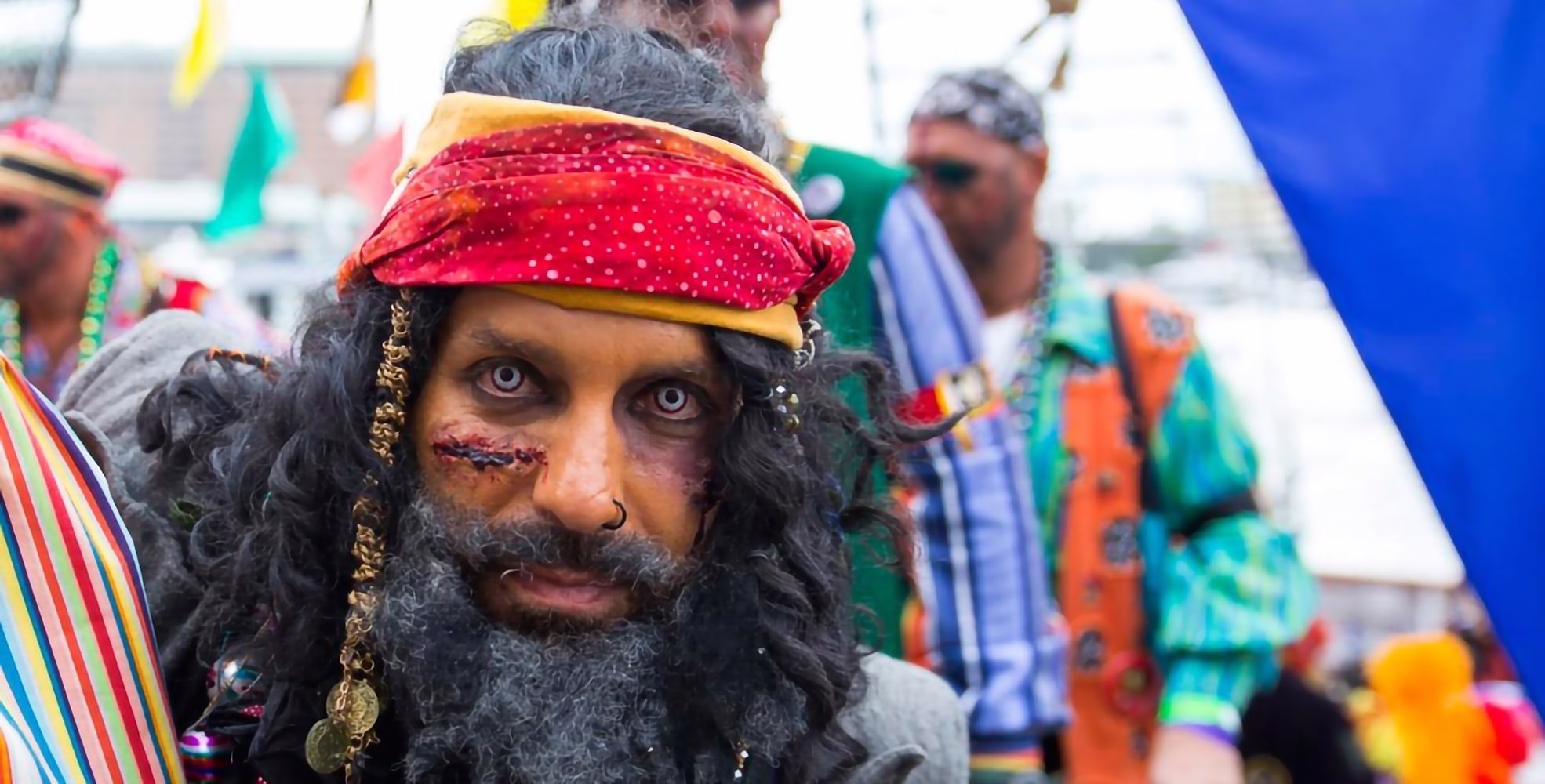 The Gasparilla Pirate Festival 2022 is here! And Tampa Bay is more than ready to party and turn into grog blossoms. But for those who are not familiar with this yearly tradition (and for those who need a little bit of refreshing), then this article is for you. We'll talk about how Gasparilla came about, what you can expect in this season's festival, and the best way to get around Tampa during the 2022 Gasparilla events.

The History of Gasparilla Festival

Gasparilla is the 3rd largest festival in the country. Just imagine Mardi Gras but with pirates. Why pirates? Well, it all began with a certain Spanish pirate named José Gaspar.

There are several versions of the origin story of José Gaspar. One version says that he was an aristocrat who was falsely charged, so he fled on a ship and became a pirate who vowed to avenge his name.

Another version claims he was an officer of the Spanish Navy but was defeated by the British. He then started a mutiny with the other prisoners, seized control of the ship they were on, and sailed it west to Florida. Starting his pirate life on the way to Florida, he changed his name to "Gasparilla" which means "Little Gaspar".

Gaspar's demise started when he and his crew decided to go and seize one last ship before dividing their loot and disbanding. Sadly, the ship that they tried to rob was the United States Navy warship in disguise. The legendary pirate was defeated and his treasure was lost forever.

All the versions of Gaspar's pirate life are epic tales. Unfortunately, nobody has found proof that Gaspar truly existed. Nonetheless, for the people of Tampa, "Gasparilla" was an iconic character befitting an annual occasion of merrymaking. 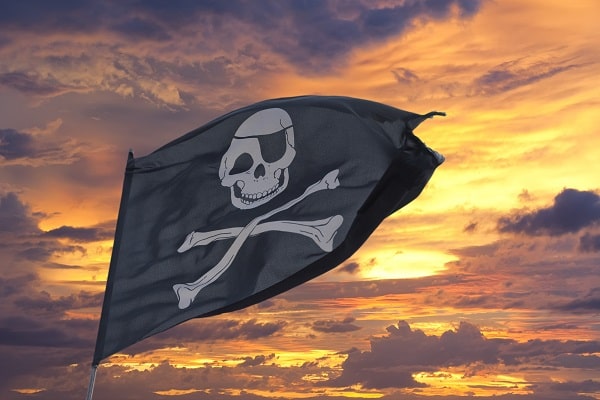 What is the Gasparilla Parade of Pirates?

The first Parade of Pirates happened on May 4, 1904, where the members of the Ye Mystic Krewe of Gasparilla surprised Tampa Bay with a staged invasion. There were no pirate boats involved during the early times of the festival. Instead, the "invaders" marched through town on horses or automobiles.

Then in 1911, the first "pirate ship" came to invade the city. This formed the Gasparilla Parade of Pirates that we know today.

Starting off the Parade of Pirates is the Ye Mystic Krewe of Gasparilla. They will sail across Tampa Bay on the huge pirate boat called Jose Gasparilla, a fully-rigged pirate ship that is 165-ft long and 100-ft high.

During the affair, you'll witness Jose Gasparilla, with its accompanying flotilla of private boats, invade the Tampa shore. Once the pirate ship docks at the Tampa Convention Center, the captain and his crew then disembark and meet with the Mayor of Tampa, demanding that he surrender the key to the city. Regardless of whether the mayor refuses in this play, the buccaneers always win.

With the key in hand, the pirates then celebrate by marching through downtown Tampa on a parade float. People usually flock to the events and watch as the mystic krewe throw beads and other trinkets to the crowd.

This year also marks the 200th anniversary of the death of the festival's swashbuckling namesake, José Gaspar. So you can expect the krewe to bring in some special booty. 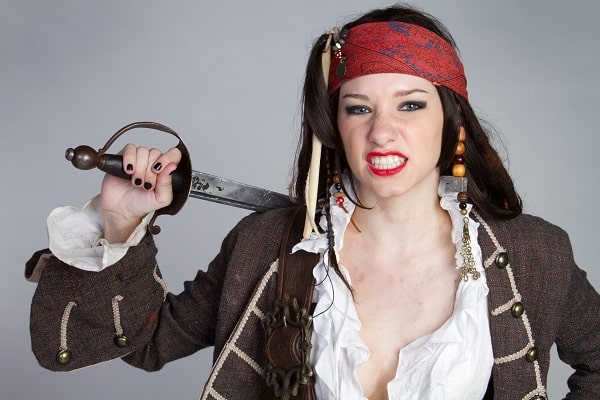 What to Expect in the 2022 Gasparilla Season

Gasparilla Pirate Fest is not just a one-day event. It's made up of several parades and can run up to weeks and even a month! So it's safe to say that there are more happenings than just the Pirate Invasion and Parade of Pirates. To give you an idea, here are some of the events that you can expect in this year's Gasparilla festivities.

The Children's Gasparilla Parade, presented by Chick-Fil-A Tampa, is an alcohol-free version of the Parade of Pirates. Hundreds of elaborate floats and marching bands make their way down Bayshore Boulevard. The parade also includes "piratechnic" displays and other family-friendly activities and entertainment.

Gasparilla Day Parade is held every last Saturday of January. This year, the pirate invasion will start at 11:00 am, followed by the parade at 2 p.m. There will be tickets for the bleacher seating and tickets for the Gasparilla Invasion Brunch buffet at the Tampa Convention Center. This event will continue into the evening with lots of food, beer, and live entertainment.

Hosted by The Krewe of the Knights of Sant'yago, this parade is for people of all ages. Unlike the Day Parade, the Knight Parade happens at night and is celebrated to honor Tampa's civic pride. This event will be filled with illuminated floats, street dancing, bands, and beads.

Gasparilla Distance Classic is a marathon event for all ages and skill levels. Challenges include 15k, 8k, half marathon, and more! These races benefit various charitable youth organizations in the Tampa area.

This music festival is another event that aids the local youth music and art programs. It showcases over 40 of the best local acts and nationally-recognized headliners.

Gasparilla Festival of the Arts (March 5-6)

If you're an art enthusiast, this is for you. This festival exhibits work from different artists where the best one wins the $15,000 Raymond James Best of Show Award. Additionally, this weekend will also be filled with live entertainment.

The Gasparilla International Film Festival (GIFF) is for film aficionados. This event hosts filmmakers, producers, and talents. GIFF aims to entertain and educate society and, at the same time, support the Florida film industry.

So now you know what Gasparilla Pirate Fest is about and the festivities included in it; it's time to figure out how to get there. The best way to do so? On an L3 Limo party bus, of course.

With a party bus, you can bring along your friends, family members, or officemates. No matter how many there are in your crew, there's an L3 Limo bus that will suit you. Additionally, you don't have to wait for the pirate festival to start before you can have fun. With a party bus, the fun starts once you get on.

And with all the drinking and bar crawling that's gonna happen, or if you're planning to enjoy the Gasparilla Invasion Brunch, nobody would really want to become the designated driver. On L3 Limo's party bus, you don't have to worry about that. Our professional chauffeurs will ensure that you get to your destinations safely and on time, allowing you to fully enjoy the festivities.

Book a party bus today to fully witness and experience the excitement of the 2022 Gasparilla Pirate Fest, or if you simply want to tour any place in Tampa, Florida. Call L3 Limo at (813) 699-5777 for more information.

No matter the event - Homecoming, Birthdays, Weddings, Quinceañeras, Sporting, Bachelor / Bachelorette -
Your party is sure to be an evening they will NEVER forget!

GET PRICING
All Our Fleet
choose a party bus from our party bus fleet today!

Up to 13 GUESTS
VIRTUAL TOUR

Up to 18 GUESTS
VIRTUAL TOUR

Up to 20 GUESTS
VIRTUAL TOUR

Up to 26 GUESTS
VIRTUAL TOUR

Up to 28 GUESTS
VIRTUAL TOUR

Up to 30 GUESTS
VIRTUAL TOUR

Up to 34 GUESTS
VIRTUAL TOUR

Up to 38 GUESTS
VIRTUAL TOUR

Up to 39 GUESTS
VIRTUAL TOUR

Up to 40 GUESTS
VIRTUAL TOUR

Make the night more memorable!
Take your whole gang with you and arrive at the homecoming in style with a luxury Party Bus

Make your day or your loved one's birthday extra special. We'll take care of you while you have as much fun as you can.

It's the BIG DAY! Celebrate the most important day in your life in sophistication and free from stress.

We keeps a large fleet of luxury vehicles that your daughter will feel like they stepped into a modern-day fairy tale.

Your best friend is going to get married and you're chosen as the best man or maid of honor. Send them off to the married world with a bang!

Transportation to and from a sporting event has just been made easier with a party bus. Our party buses can make your trip more fun and safe.

One of the most important things you need to consider for corporate events is how to get everyone to the venue.

Party buses are becoming a popular mode of transportation nowadays.  It's great for get-togethers as it's cheaper, more convenient, and fun!

L3 Limo is offering round trip transportation from your home to Gasparilla and back. You do the drinking, we do the driving!
Get the party started!
Choose your Party Bus now and experience Tampa like never before.
CALL (813) 699 5777
GET PRICING
CONTACT US
4920 Trenton St. Tampa, FL 33619
(813) 699-5777
sales@l3limo.com
accounting@l3limo.com
NAVIGATION
HomeFAQs
FleetContact
BlogPrivacy Policy
Terms of Service
BlogPrivacy Policy
SOCIALIZE WITH US
Contact us via social networks.
© L3 Limo  2020 - All Rights Reserved
GET PRICING
tell us about your party